Year 2014 was punctuated with a Black History Month tour to historic Sanford, Florida and Bethune-Cookman University hosted for the African American travel club Retirees, Seniors & Friends of Miami, Florida.  This marked the fourth annual Black History Month tour that the non-profit Museum of Lifestyle & Fashion History (MLFH) has hosted for this group of distinguished African American professionals.  Previous years, tours were hosted to Delray Beach, Lake Worth, West Palm Beach and Brevard County (Mims and Titusville, Florida).  The tours are always at sold-out capacity.  As a tradition, no matter where the bus may travel in the State of Florida, we start with a breakfast buffet at Donnie's Southern Restaurant in Delray Beach, Florida.

The trip to Sanford, Florida highlighted the former all-black town of Goldsboro incorporated in 1891 becoming the second black town in the State of Florida.  Following the emancipation of slaves in 1865, the Federal government scouted Florida to establish "Negro" colonies. The Freedman's Bureau established Goldsboro, as a result. Many former slaves also acquired land beginning in 1868 through President Abraham Lincoln's 1862 Homestead Act that Florida adopted in 1868.  In 1911, the Town of Goldsboro was forcefully annexed into Sanford so that Sanford could expand its boundaries.  The former Goldsboro section now boasts the Goldsboro Historical Museum commemorating this original all-black town that was vibrant with their own town council, General Store, Post Office, churches and residential areas.  The Goldsboro Historical Museum houses thousands of documents, deeds, photographs and artifacts preserving the former life of Goldsboro. The Museum complex includes the Goldsboro Welcome Center & Francis C. Oliver Cultural Arts Center.  The Goldsboro Museum representatives warmly welcomed the arrival of the tour bus with the beating of  drums and serving refreshments.  The City of Sanford, Florida District 2 Commissioner Dr. Velma H. Williams personally greeted the more than 50 members with the African American travel club during the time at the Goldsboro Historical Museum.
So much of the establishment of the original Thirteen Colonies and the African diaspora is connected to the American church.  Following the educational experience at the Goldsboro Historical Museum, the bus traveled to the Historic Saint James AME Church which prepared an enlightening program. The group was welcomed by Reverend W. Damone Johnson.  The historical presentations were by Mrs. Martha Hardy Sanders and Mrs. Ollie Richardson Williams.  Mrs. Julia Wright Harrison graciously presided over the program.  The church began in year 1867 and the current edifice was built in 1913 and is on the National Registry of Historic Places and the Florida Heritage Trail. The church's stunning architecture is Gothic Revival and was designed by Prince W. Spears.  The group enjoyed a catered boxed lunch by Angel's Soul Food & BBQ in the parish hall at Historic Saint James AME.  Before the group's departure from the church, Mr. Norton N. Bonaparte, Jr., City Manager for the City of Sanford, Florida cordially welcomed and greeted the members from the Retirees, Seniors and Friends African American travel club.
A few highway exits away from Sanford, Florida is the historically black prestigious Bethune-Cookman University where Dr. Edison O. Jackson is President in Daytona Beach.  The campus tour included visiting the home of Mary McLeod Bethune, founder of Bethune-Cookman University which originated in 1904 related to the United Methodist Church. The group was then led to the university library to tour the Rosewood exhibit which tells the story of another former all-black Florida town.

The history overflowed in Sanford, Florida and at Bethune-Cookman University. The African American travel club received red carpet treatment at every turn and at all the destinations visited.  It was definitely worth the trip and a great VivaFlorida experience.
Here is the photo log from the 2014 Black History Month Tour held on Thursday, February 20, 2014: 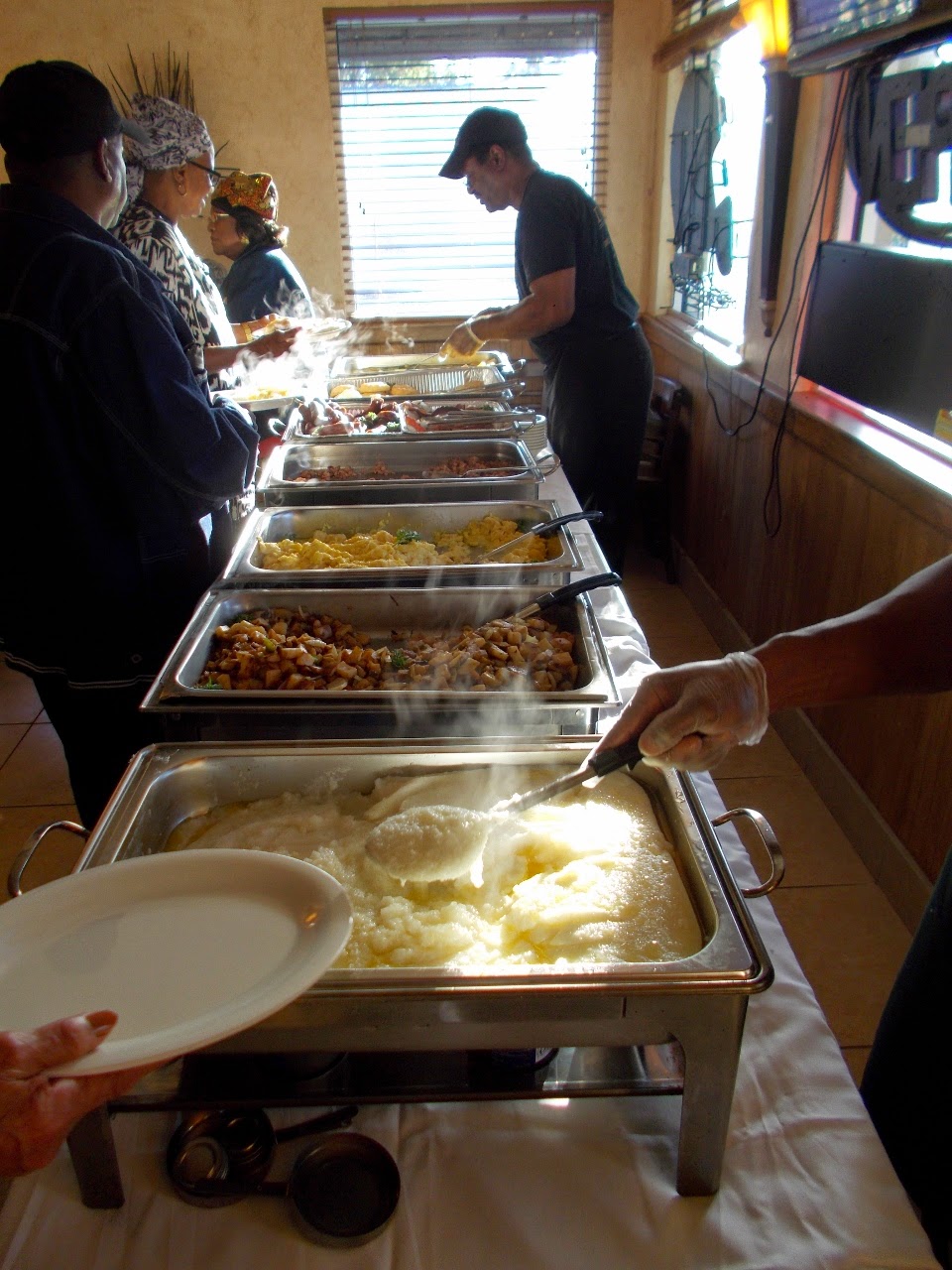 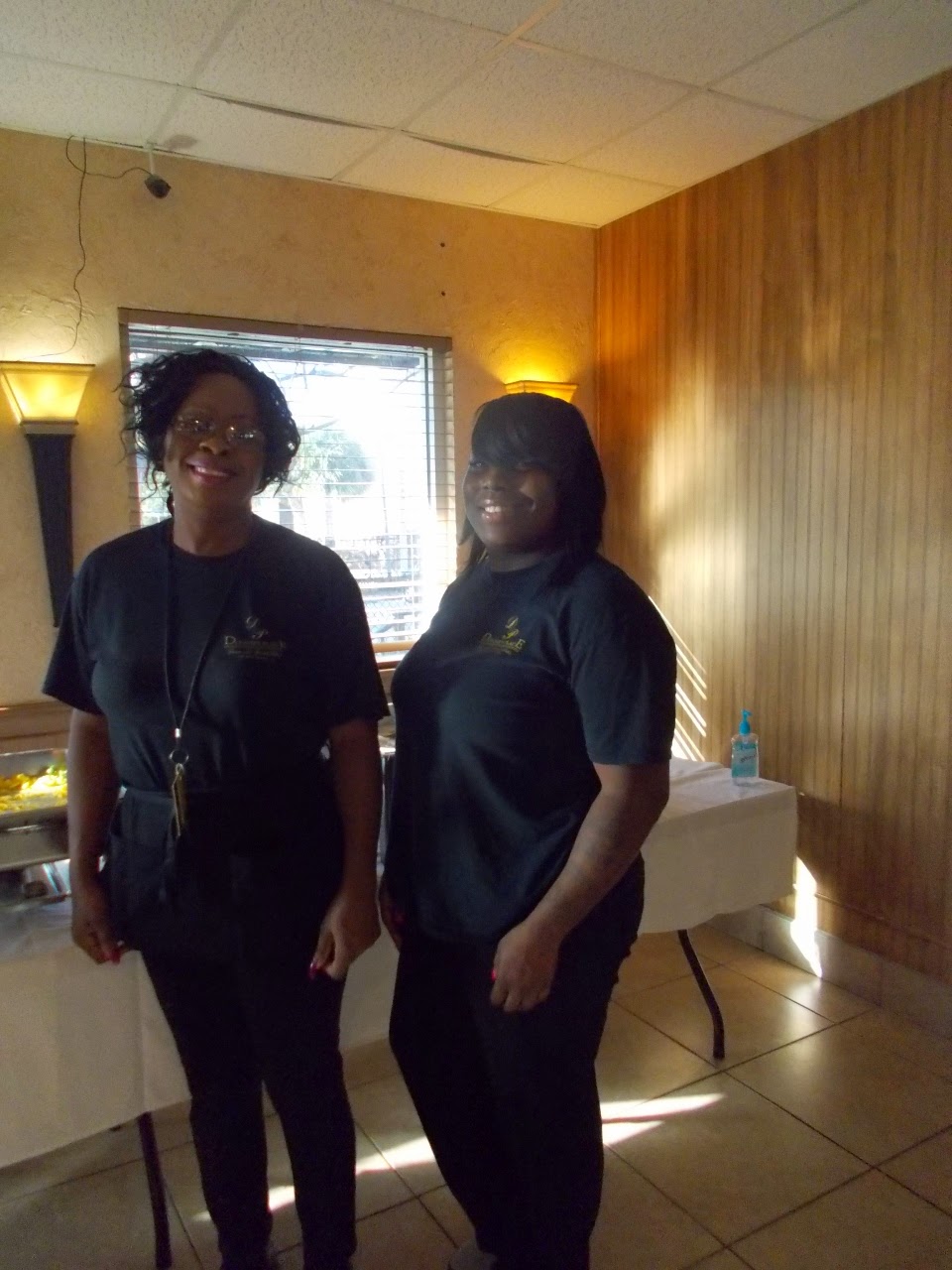 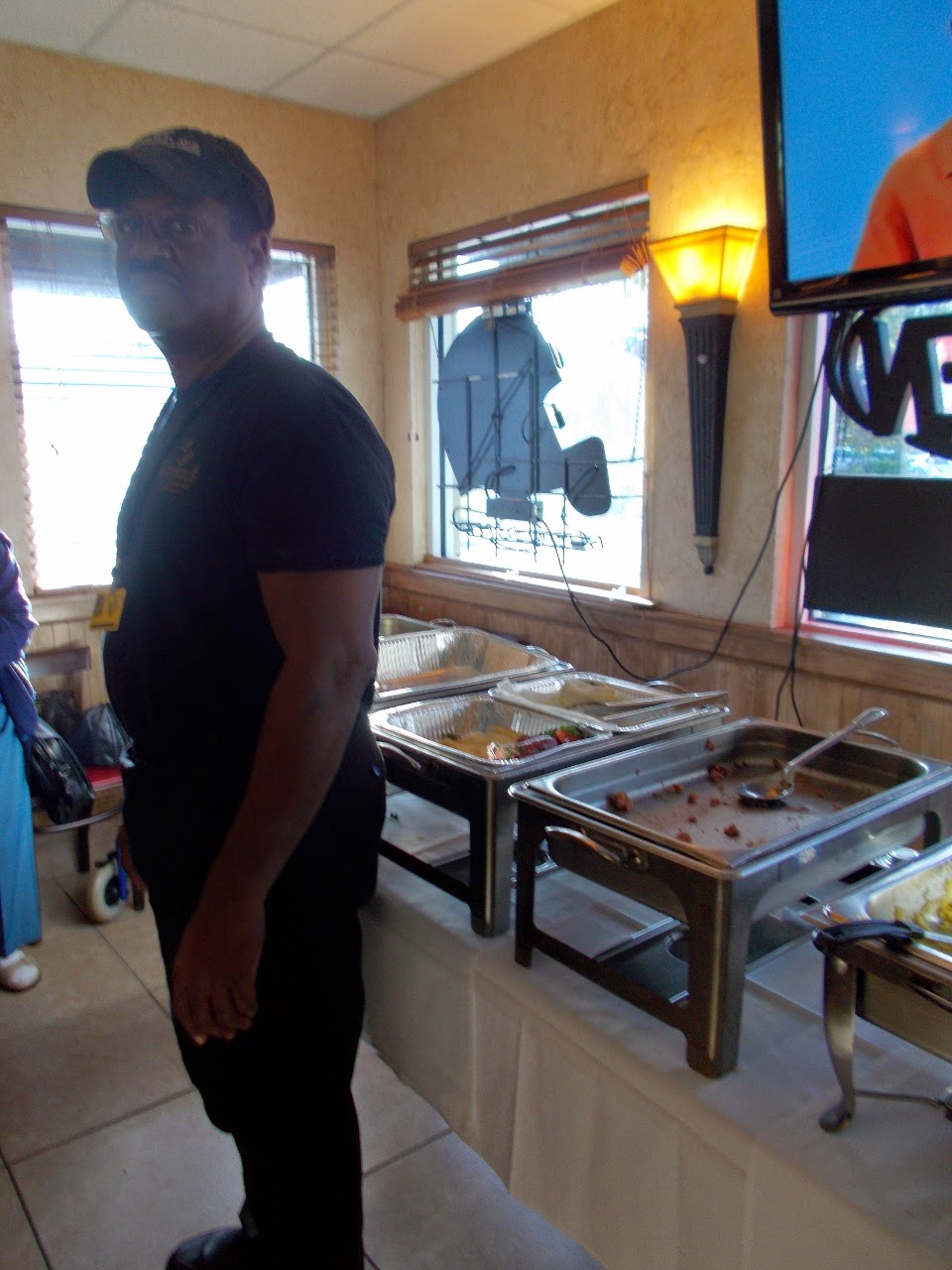 About the Museum of Lifestyle & Fashion History:

The Museum of Lifestyle & Fashion History (MLFH) is a non-profit 501c3 organization as designated by the IRS. MLFH was established in year 1999 in Palm Beach County, Florida. The Mission of MLFH is to offer educational programs, and history and retrospective anthropology exhibits showcasing lifestyle, cultures, people, places, fashion trends, clothes, architecture, furnishings, decorative arts, interior designs, locomotives and toys, and information about popular uses of artifacts by people/events of various periods of time. 2001 marked the year that MLFH was approved to host traveling exhibitions from the Smithsonian Institution. In year 2004, MLFH premiered the Narrated Bus Tours of Historic Delray Beach, Florida. The tours have been hugely popular and rated the Most Unique Travel Gem by AAA Travel Home & Away Magazine. The Historic Tours have hosted more than 8,000 passengers. The mission of the tours is to showcase the historic cultural lifestyle, people, and places. American Express has been one  sponsors of the Narrated Bus Tours of Historic Delray Beach.  October 2011, MLFH premiered its newest program the Taste History Culinary Toursof Historic Palm Beach County that is sponsored by Macy's, the Patricia Ann Ravo Fund and the Boris & Edith Rueger Fund. The purpose of the Taste History Culinary Tours is to infuse food history, food culture, foodways and food tastings into facts about the historic districts and pioneer people of West Palm Beach, Delray Beach, Boynton Beach, Lake Worth, and Lantana, Florida (Palm Beach County) along with highlighting art galleries, historic buildings and showcasing the contributions of early settlers. There are more than forty culinary partners for this program that include restaurants, cafes, an urban farm, historic buildings and art galleries.  And, in 2012, the Narrated Bus Tours of Historic Lake Worth, Florida was added to the program.  For  more information, call 561-638-8277 or 561-243-2662.
Posted by Fashion History Museum at 7:52 PM