Lilly Pulitzer Rousseau passes away at age 81. From Juice Stand to Fashion Mogul, a tribute to Lilly Pulitzer and Memorial Photos

On April 7, 2013, fashion icon Lilly Pulitzer Rousseau passed away at age 81 in Palm Beach, Florida.  Lilly inspired the famed namesake fashion brand that merged pink and green colors into bursts of floral prints.
From 2010 to 2012, the non-profit Museum of Lifestyle & Fashion History presented in Boynton Beach, Florida the exhibit The Queen of Prep: Lilly Pulitzer Rousseau.  The anthropological exhibit focused on the family history and origins of the Lilly Pulitzer fashion brand.  Collectors from throughout the USA loaned or donated Lilly Pulitzer fashions for the display. The Museum also hosted an 80th birthday brunch for Lilly in November 2011. Click here to view photos. Lilly Pulitzer Rousseau visited the exhibit and with great delight met many of her fans.  Due to popular demand, other museums have requested that MLFH organize a traveling version of The Queen of Prep exhibit.  A re-designed and expanded version of the exhibit will be displayed.


The Lilly Pulitzer Story
More than fifty years ago, a trend of bright, bold and unique prints in the form of pink monkeys, green elephants and flowers in rainbow colors hit the American fashion scene.  It all started when Lilly Pulitzer, a young, socialite, opened a juice stand in in the 1950s.  The citrus stains that splashed upon her clothing inspired her to create brightly colored designs to help camouflage those stains.  These designs ultimately became the unofficial uniform for the affluent, and Lilly’s signature pink and green colors emerged as the symbol of the authentic lifestyle.  In 1959, Lilly became president of her own fashion company Lilly Pulitzer, Inc.

Born Lillian McKim in in 1931, she married Peter Pulitzer of the famous Pulitzer Prize family in 1952.  The family settled in where a free-spirited Lilly Pulitzer operated a juice stand using produce from a citrus grove in that was owned by Peter Pulitzer.  The juice stand was located in a tiny shop in Via Mizner located right off Worth Avenue in the Town of Palm Beach, FL.

Lilly Pulitzer tells the story like this in her Essentially Living book “there was this little juice and fruit bar in the back right here.  I would slice the oranges and squeeze the fruit to make the juice.  My friends would stop in and we would just talk and laugh and have fun.  The twist (a citrus garnishment for cocktails) had just hit , so the Lilly shop was where it was all happening.  But, boy, was it messy.  At the end of the day I was covered in pulp and dribbles of orange juice. I had to do something.  I used to have this wonderful Swiss lady make shifts for me.  I found this bright, bright fabric, the same colors as the fruit, so that the splashes and mess wouldn’t show. People would say, ‘Oh, they’re great. Why don’t you have them in the shop?’ So I went down to Woolworth’s, got some fabric and had twelve dresses made for me, and I had just hung them haphazardly around the store.  This was the early sixties.  The Kennedy’s were down here; Jack had just been elected President.  The eyes of the whole world were on . Jackie wore one of my dresses – it was made from kitchen curtain material – and people went crazy. They took off like zingo. Everybody loved them, and I went into the dress business.”
﻿﻿﻿﻿
﻿

The initial style of the Lilly clothing designs were simple Shift dresses that appealed to a wealthy client base who included Lilly’s boarding school friend Jacqueline Bouvier Kennedy. Kennedy and Pulitzer had attended together the prestigious college preparatory boarding school Miss Porter’s School located in . And, others who wore the Lilly designs were various descendants of the Gilded-age titans who included the Rockefellers, Vanderbilts and Whitneys.  Because the Lilly-style was so strongly associated with wealthy people who attended and/or sent their children to preparatory schools and vacationed in affluent resort locales, Lilly Pulitzer became known as the “Queen of Prep.”


Lilly Pulitzer once described her iconic Shift dress as a “cross between a chemise and mumu.”


Lilly Pulitzer, Inc. thrived with more than 30 stores eventually offering wares for children, men and the home until the company closed its doors in 1984.  Lilly’s original business partner was Laura Robbins who started with Lilly at the juice stand in . During the company's operation in 1959 to 1984, it had a factory located in on between .  And, the majority of the fabrics were designed and manufactured by the Key West Hand Print Fabrics company that was located in .  Key West Hand Print Fabrics was established by Bill Johnson, Peter Pell and Jimmy Russell who are all now deceased.  Lilly provided the company with substantial business with her custom fabric orders.  The fabrics company grew to more than 200 employees and was one of the largest employers in .  They had a team of skilled artisans lead by Suzie dePoo (aka Suzie Zuzek) who developed licensed print designs exclusively for the Lilly Pulitzer fashion line.  The fabrics were hand printed via a silk-screen process and the yardage was sold to the Lilly company, and then shipped to her factory in Miami where Lilly provided more directive on the types of clothes styles to be made for her clients of old-money stock and the upper-class.


Both Lilly’s company and Key West Hand Print Fabrics started around the same time and attributed to each others success. Moreover, Peter Pell was from the same socially acceptable pedigree as Lilly Pulitzer.  Peter Pell is a descendant of the politically important Claiborne-Pell family whose family tree includes Congressman, Senators and Ambassadors who served office as far back as the late 1700s. And, the Pell of Key West was related to the Pell of the same last name who sponsored the US Pell Grant.  And, Bill Johnson was from coal-money in .  His father was George Washington Johnson who owned the GW Johnson Coal company.  The coal industry provided Bill Johnson with the financial means to fund the establishment of the fabrics company in where he was the CEO and became a prominent businessman in the Keys.

Jay Steinhardt of Steinhardt Textiles fondly remembered “my company represented Crisali Fabrics based in and we sold fabrics to Lilly in the mid-1960s. About 2% of the fabrics that Lilly used came from Crisali but about 98% came from Key West Hand Print Fabrics in Key West.”  “At my business meetings with Lilly she was always barefoot.”


Lilly’s company became a legendary business headquartered in the Town of Palm Beach, Florida in .  The business offices were at in , and eventually re-located their headquarters to in the Town of .  At its zenith, Lilly’s business grew to an estimated $10 million in revenue that had an economic impact in the Town of , Palm Beach County and the State of that helped to create jobs along with defining an American Preppy look and imbedding the combination of pink and green as official colors of and Preppies.


The Colgate-Palmolive Company awarded to Lilly Pulitzer in 1973 the Colgate Winners Circle in the category of Sportswear Designer. In 1979, The Palm Beach Daily News awarded Lilly the Leadership Award of the year.

One of the first major department stores to carry the brightly colored fashion line was Lord & Taylor at their flagship store located on in .  This was a major coup because Lord & Taylor is one of the oldest major department stores in the .  Lilly said of her initial experience in merchandising in those early days: “it took a little explaining that there would never be any wools and heavy knits in the Lilly collection – so it was either buy the line then or never.”


In 1984, Lilly Pulitzer, Inc. filed for bankruptcy and closed its doors. During the 1980s the preppy-look had lost its popular image and preppy retailers were at cross-roads about how to change their image and appeal to a new audience and style of fashion.

When Sugartown reintroduced the Lilly Pulitzer fashion line in the 1990s, they established a partnership with C.Orricostores located in the Town Palm Beach to sell the Lilly clothes and to also operate what is known as Lilly Pulitzer Signature Shops or Lilly Pulitzer via .

A memorial service was hosted for Lillian Lee McKim Pulitzer Rousseau on April 11, 2013 at the Episcopal Church of Bethesda-By-The-Sea in Palm Beach, Florida. 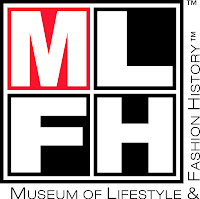 Lilly of PB is Businesslike Winner. By Ellen Koteff. April 5, 1979