German artist Inge Behrens was selected as the artist-in-residence for the 2014 Children & Parents Day.  On February 13, 2014, Ms. Behrens visited 22 first-graders at Trinity Lutheran School where they learned about apples, art, Behrens' German Lutheran ancestry and the geographic location of the Country of Germany.  Inge was born in Bremen, Germany and there received a classical European Education. Behrens completed an apprenticeship in fashion design in Europe and became a designer with "Martina Modelle" in Hamburg, Germany.  More than 40 years ago she moved to San Francisco, California with her husband and raised her children there.  She now resides in Palm Beach County, Florida.
Behrens provided to each first-grader apple sketches that she drew and signed.  Some of Behrens' apple sketches were expressive with faces. The first-graders selected among Behrens' apple sketches that were bitten apples, butterflied apples or whole apples.  Students then used their creative imagination to design their apple sketch with markers and crayons.  The creativity flowed from the first-graders who colored the apples in every design and color imaginable that had polka-dots, decorations with raindrops, apples with trees, and apples with curls, loops, twist and turns.  Some apples were purple and other apples blended the colors of the Red, Gala, Golden and Granny Smith apples.  Behrens' brought as a gift for the class the Red, Gala, Golden and Granny Smith apples that were displayed during the art project.
As an ode to the Winter Olympics 2014 in Sochi Mrs. Wilsher added to the classroom curriculum the Winter Olympic Games with her classroom decorated with flags representing other countries and the Olympic rings.  The Olympic theme continued with the apple-art project, where Inge Behrens served as judge to select the apple-art projects worthy of Gold, Silver and Bronze medals.  Kate Marra won the Gold, Violet Orozco was awarded the Bronze medal and Cohreena Mondesir received the Bronze.  Mrs. Wilsher coordinated an actual ceremony in her class where the three students received medals and the class stood and sung the National Anthem.

The apple fruit has landed the lead role in the ninth annual Children & Parents Day which was developed by the non-profit Museum of Lifestyle & Fashion History.  The 2014 Children & Parents Day: Celebrating the Apple Fruit is serving as a prelude to National Nutrition Month and offering continued support to the State of Florida’s Viva Florida initiative.
For the February 23rd Children & Parents Day, returning as presenting sponsors are Target and Kingston Fresh, a produce company.  New sponsors for 2014 are Coca-Cola and Blue Bell Creameries.  Continuing supports is from the Patricia Ann Ravo Fund and the Boris & Edith RuegerFund.
In addition to food, a wide variety of educational, arts and crafts activities with an apple fruit theme are available at the event.  Plus, local Palm Beach County artists will host interactive apple-themed make-and-take art activities.  Some of the featured artists are Barbara Lentz of Art-Sea Living Gallery in Boynton Beach and Inge Behrens of Boca Raton, Florida.  There will also be artists’ participation from the Boynton Beach Art in Public Places.

Five local chefs and bakers are confirmed to contribute to the event on Sunday, February 23rd  that will include an apple-infused five course all-you-can-eat farm-to-table buffet; tastings, cooking demos and kids cooking classes. The returning featured chefs and bakers are Chef Chrissy Benoit of The Little House of Boynton Beach; Pastry Chef Lara Fisher of Cakes by Lara of Lantana; Pastry Chef Anna Orlando of Palermo's Bakery in Boynton Beach and baker Bonnie Brown of Bonnie’s Best Bites in Boynton Beach. The Little House is located in the historic 1930s Ruth Jones Cottage in Downtown Boynton Beach. Some of the apple recipes are original creations by the chefs and bakers; and some apple recipes are from the U.S. Apple Association. Other apple cuisines will be enriched by National Nutrition Month’s recommended Spices from Around the World and Herbs from Around the World. The apple cuisines will also be enhanced with Florida grown fruits and vegetables. Blue Bell Creameries will be introducing tastings of apples and ice cream.  Families in attendance will also meet local farmers from the Florida Farm Bureau Federation.

The Sunday, February 23, 2014 Children & Parents Day has joined First Lady Michelle Obama’s Let’s Move campaign. Additional health components added to Children & Parents Day: Celebrating the Apple Fruit are a Get Fit with the Apple Fruit exercise activity by the Zoo Gym of Boynton Beach; poison prevention sessions are being conducted by the Nova Southeastern University College of Pharmacy; and health screenings by Florida Health Palm Beach County.
Families in attendance will enjoy the sounds of the Lake Worth High School Steel Band and jazz music by Greg Kokus.


An apple orchard created for Children & Parents Day is available for the souvenir photos.  “Granny Smith” will also be making personal appearance and conducting a magic show and storybook reading.  The legacy of Granny Smith is that she cultivated the green apple in 1868.  Apples were introduced in North America in the 17th century by colonists. There are now more than 7,000 varieties of apples.  The origin of the apple is Asia in 328 BC.    The apple fruit is very nutritious containing dietary fiber, protein and Vitamin C.


Student volunteers are from American Heritage School of Boca/Delray, National Honor Society of Palm Beach Lakes High School and the South Tech Culinary Academy.
Children & Parents Day is held annually at the historic Boynton Woman's Club which was built in 1926 and designed by famed architect Addison Mizner and is on the National Registry of Historic Places. The Boynton Woman’s Club is located at 1010 S. Federal Highway, Boynton Beach, Florida.
Tickets for Children & Parents Day purchased in advance of the event are $15 per person and free for children under age 3. Tickets purchased on the same day are $25 per person and free for children under age 3.  Fees are inclusive. Fees include all-you-can-eat buffet, cooking classes, all arts and crafts, activities, souvenir photos and all entertainment.  Tickets can be purchased at ChildrenParentsDay.org.  Call 561-243-2662.

Here's the link for the U.S. Apple Association blog about the 2014 Children & Parents Day set for Sunday, February 23rd:
http://www.usappleblog.org/apple-event-boynton-florida/

The following is the link for the State of Florida Viva Florida blog about the 2014 Children & Parents Day set for Sunday, February 23rd:
http://www.vivaflorida.org/Media2/Partner-Features/9th-Annual-Children-and-Parents-Day-Celebrating-the-Apple-Fruit

Trinity Lutheran Church & School was established in 1904 and 1905, respectively, by German settlers to Delray Beach, Florida. 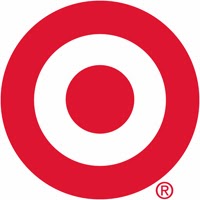 Posted by Fashion History Museum at 2:44 AM No comments: